Innovation is fundamental. However, innovation is often associated with the use of certain tools or techniques. So if you use tablets and lim, coding, debate, cooperatives, peer to peer and set up a 4.0 classroom, you are innovative, regardless.
This implies the analogy: more resources = more "new" objects = better school.
I believe this can be misleading and I think we have to move away from the debate for a moment to "cleanse" the mind of any object or technique and start with a question: for which type of math?
Which math and which idea of math do we want to build?
When this is clear to us, we can choose the right tools.
Therefore, innovating is an action that must first of all begin with oneself.
And so innovating becomes lightening, simplifying, using the best tools. And with a little imagination and creativity we understand that you can do a lot with what you have..

× Warning! We are in a state of emergency for Covid19. The use of materials and paths must be adapted to the guidelines of each country, organization or school regarding distances, groupings or other things that could endanger the safety of children and adults.

Ideas create objects and objects create ideas.
To implement an idea and transform it into a path, tools must be used.
Often you have to create specific tools to create a learning path.
Sometimes objects "propose" to us as tools and suggest activities to do 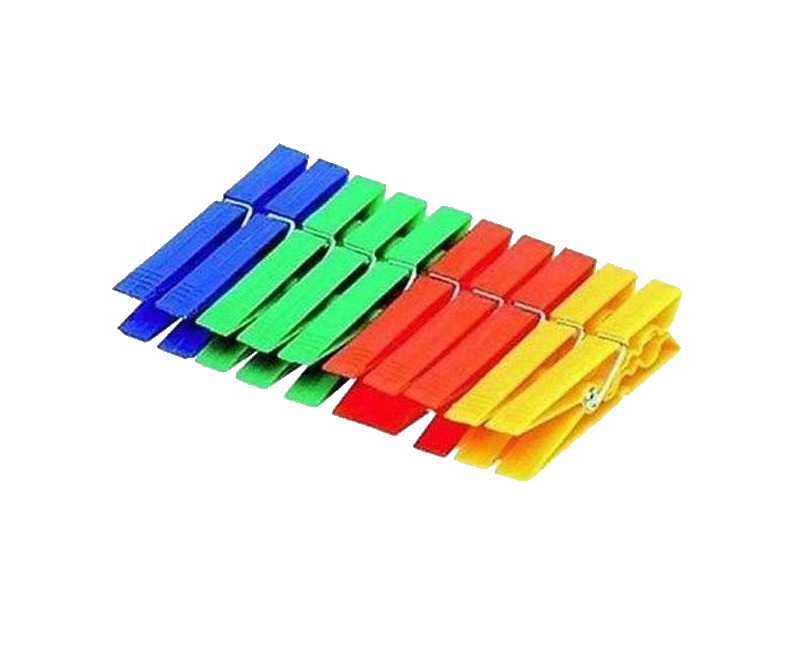 It is not uncommon to buy an object because it suggests an educational path.
A teacher had taken clothespins from the supermarket thinking they could be useful, perhaps to hang up cards with numbers on the wire, and play with them by swapping cards, hiding them, not putting them, or what else I don't know. Then the clothespins he had not used and he kept them there but he knew they would be useful.

Often the things around us can be used for different purposes than their common use.
We all have a desk in our classroom, which we use to put books, registers, bags and various objects and that also has drawers that contain various things that we can use. It is "our place" in the classroom. We can also sit and call, to the desk, a child, for example to question him, or to correct his task, or to better explain something to him. 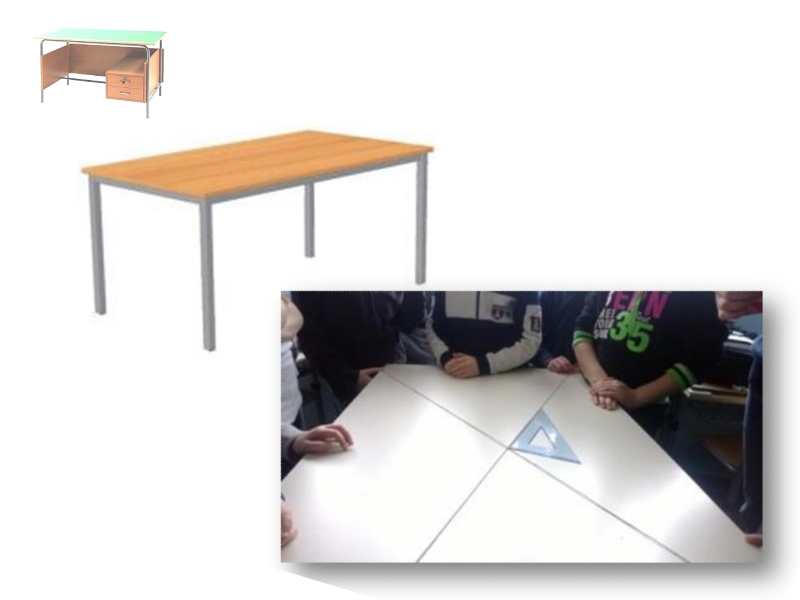 Here, I think that this last function of the desk, even if little used, can be the one that allows us to innovate our style in making it by modifying it in a simple way. Using the desk as a real workbench, gathering around our group of children is a simple and very useful thing. The activities done at the workbench in fact activate greater attention, reflection, participation and commitment than those done in the traditional way.

Wherever we are we have spaces available that can be rethought according to the teaching activity. Outside the classroom we can find corridors and living rooms perhaps with tiled floors, stairways, homogeneous floors such as those of the gym, courtyards... Spaces that we can, being always careful to the safety of children and ours, use differently for math, a walk, also experienced with the body. 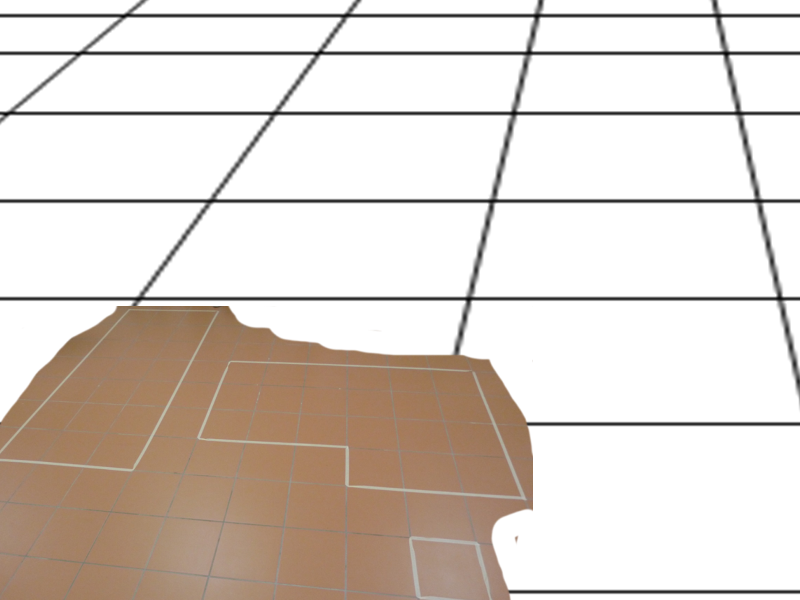 So a floor can become a large square to perform various activities and make reflections and discoveries.
A homogeneous floor can allow us to create very effective geometry activities...
A clean floor is like a large workbench, which allows us to gather children around objects and tools to do, reflect and learn..

There is no need to explain the great possibilities that a computer can give us, even just for the possibility of exploring the web, which is very rich in resources. But the PC is also a machine that allows us to create cards to be inserted in our activity. The card is an important tool in teaching and has its greatest effectiveness if it is studied and "built" for the context in which we work. 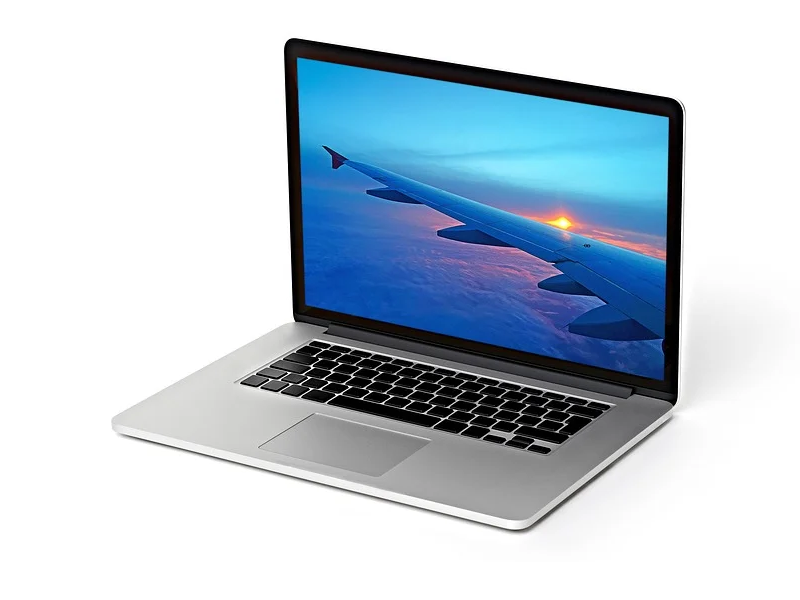 Last but not least, the PC or similar device allows us to meet one or more children in real time and carry out online activities. This activity certainly cannot replace classroom activity for many reasons, but it is also activity in presence and in certain emergencies, as we have seen during the school closure period for the pandemic, it is very useful.

Billboards are a very popular tool in our classes. They can support teaching activity effectively if done in a certain way. 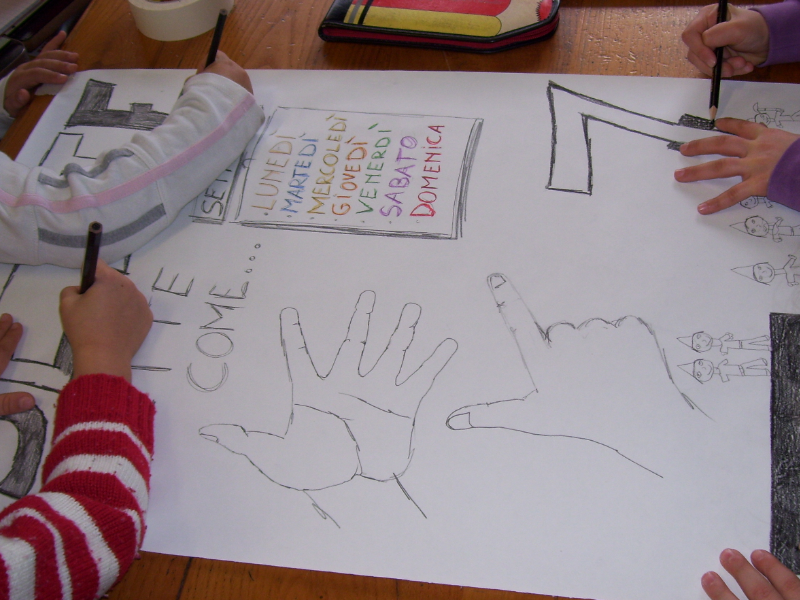 First of all they can accompany the learning if we build them together with the children; we can also build them a little at a time in parallel with learning;
then they become the synthesis of a path when we hang them on the wall;
later we can use them to take up certain concepts and in this it makes sense to do so only if we have built them together with the children; only in this way, in fact, can they recall meanings and paths in their mind.

There are objects that suggest activities more than others.

This is the case with numbers cards. They are very easy to build, by hand together with the children or using a PC, printer and a laminator and they allow really many activities even with high didactic effectiveness. 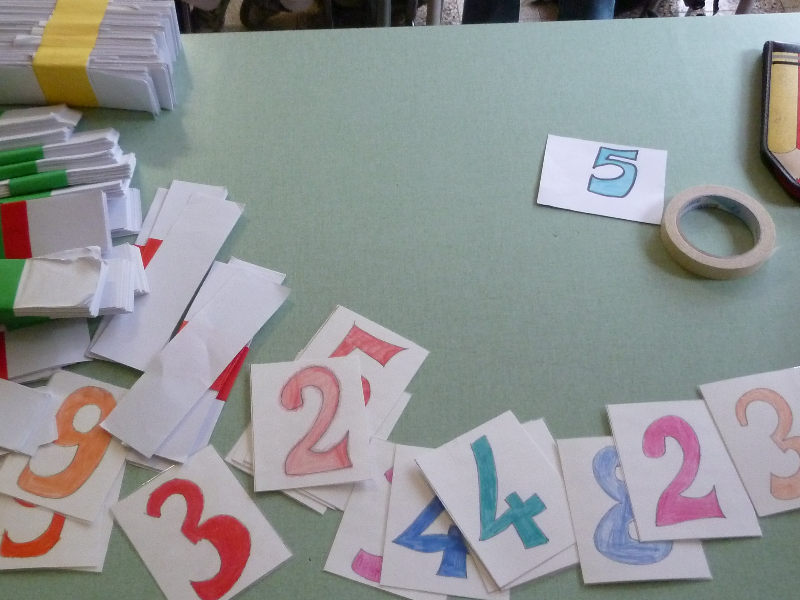 They can be effective to work on reading the number, on the positional value of the digits and much more.
They also allow you to perform differentiated activities and at various levels in the same class group and at the same time.

Like the tags, the tokens also suggest many interesting and useful activities to offer to children. 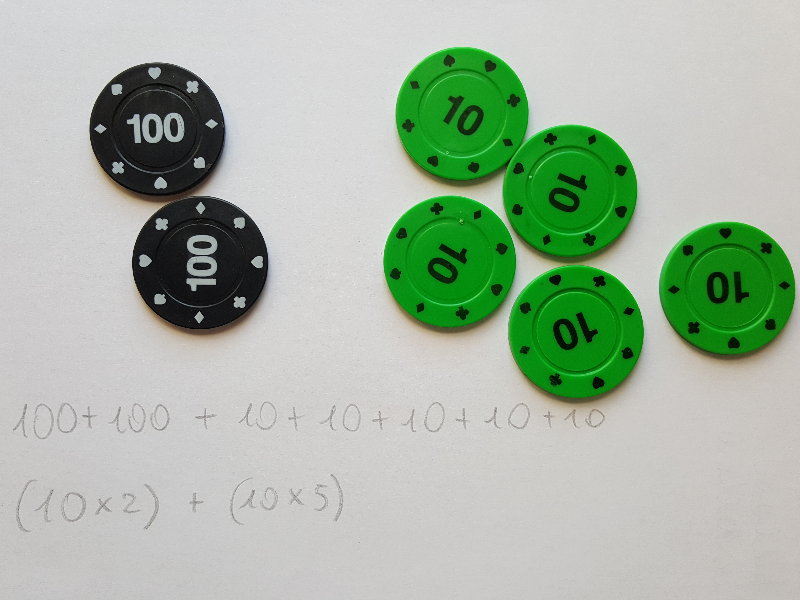 We can also build them ourselves and we can use them to build numbers, for mental calculation and for various activities with high cognitive density and fun

Other objects that are very simple to build and use but which give a high efficacy to the didactic action and to learning are the stamps. 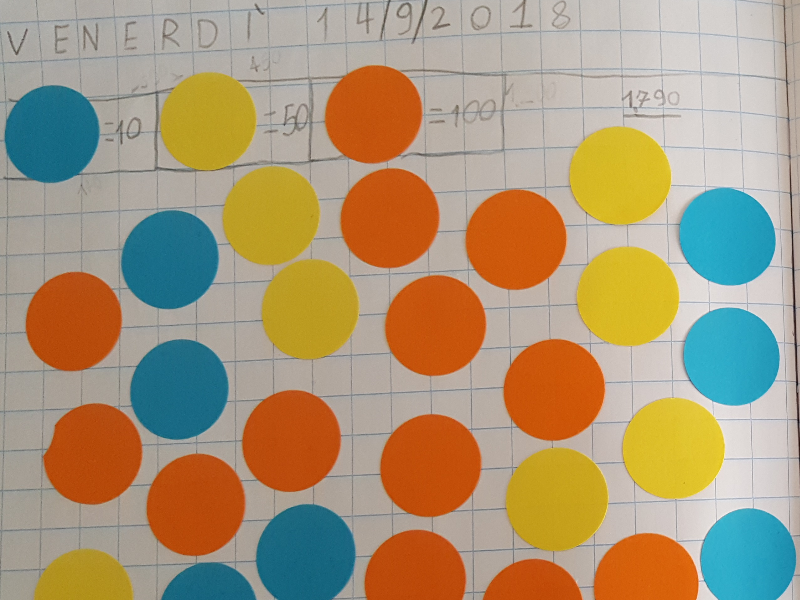 Imagine creating small and large, white and red stamps and giving the white stamps the value of one, while the red ones the value of ten: could we not use them to build numbers and to reinforce the concept of tens and units? And if we also build stamps of another color to which to give a different value? And if instead of the stamps we want to play, why is this also the shapes: rectangle, square, circle... to which to give different value?
What if...?

Another commonly used object that can be used for many activities is the meter. Put another way: that line with the numbers written from 0 to 100, divided into ten parts, one hundred parts and one thousand parts... 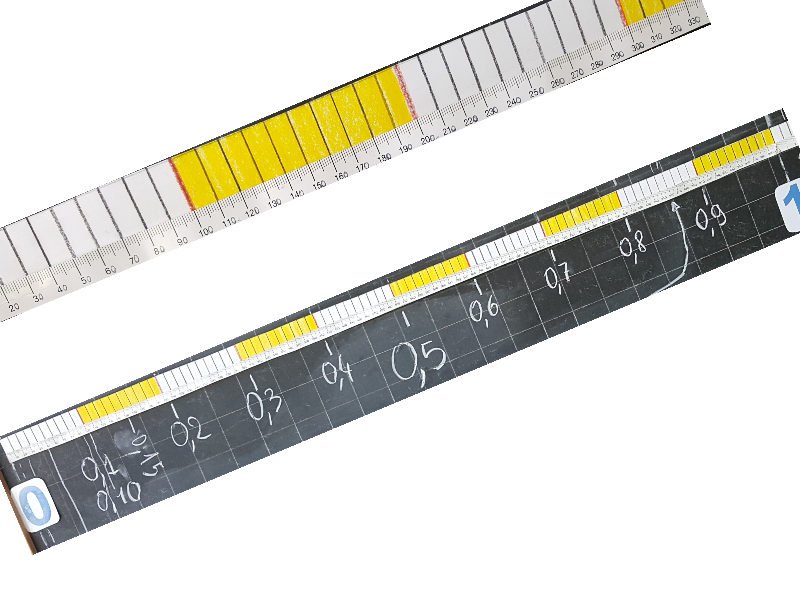 This strip that we can easily find in many DIY stores can be:
a line of numbers 0 - 100 and beyond...
a line on which to place decimal fractions and therefore decimal numbers...
and what else? ...

There are other commonly used objects, which are part of the experience of children and that we find outside the school environment such as the carpenter's set square, the spacer, the caliber, the electronic scale, etc. These tools create curiosity and even amazement, they can be used for highly educational activities and to update the proposal. We can also find them by asking some parents that use them for theis work. 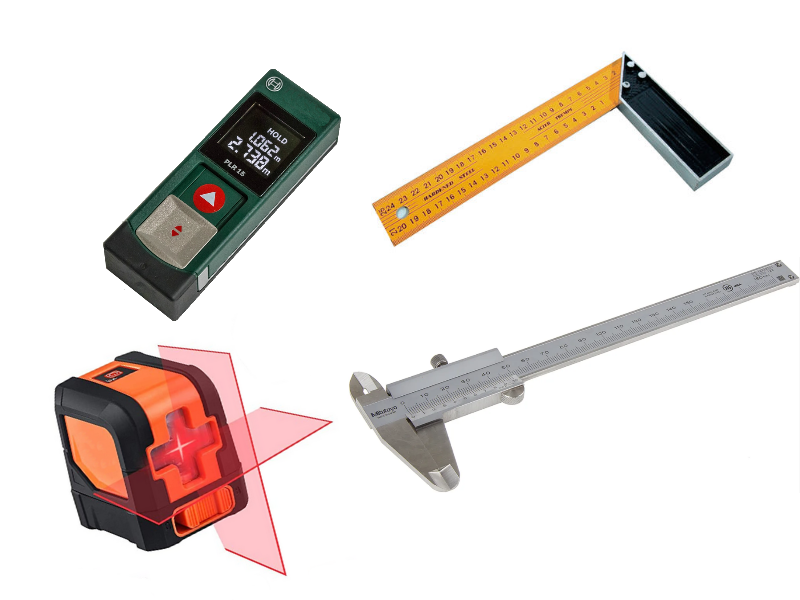 The set square is used by bricklayers, carpenters, carpenters, blacksmiths and can help us reinforce the concept of a right angle. Once the meter is known and used, the laser spacer, used by many, allows us to carry out highly significant activities and to raise the level of the proposal, easily and for everyone.
Other easily available tools are the caliper, the electronic scale, the laser level...

This is only part of the tools we use. Many more are found and can be created.
A very useful exercise, to exercise creativity and to invent new activities, is to take one of these objects and ask ourselves questions:
"how could it help me? How can I use it with children? What activities could I do with this? ...
And when you bring them to school, ask questions: "What is it... what is it for... how does it work?""
All this for effective, experimented, played, lived math that arouses curiosity.

the materials on the site can be used with children at school and also for other activities, such as training, as long as the source is cited in these cases. The images of the site are for the most part owned by the author of the site, others have been downloaded from the net and are free to use. If anyone detects inconsistencies in this and claims ownership of some image, they can request their immediate removal by writing to this address info@mathinitaly.it